Staff spotlight: Getting to know our Managing Director, Brian 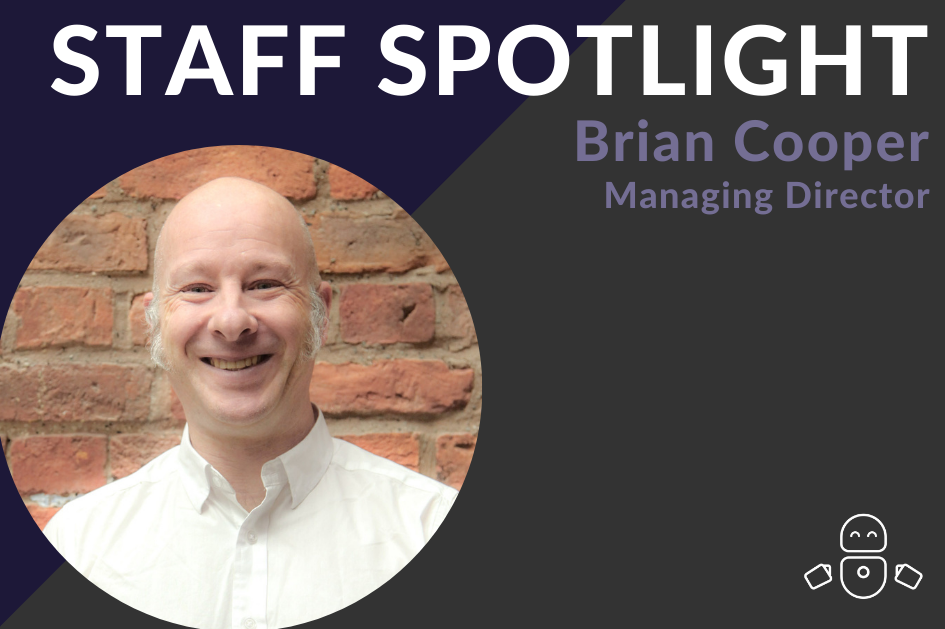 This month in the spotlight is none other than Brian Cooper, our Managing Director.

What brought you into the world of market research?

It was purely accidental – I’d left school after doing O’Levels as I was bored of structured academia and I wanted to earn my own money. I got a job in banking for a few years and realised that wasn’t for me and I fancied a change.

I’d seen that computing and programming was probably the way forward (this was the early 90’s) so I went off to Manchester Metropolitan University as a mature student to study software engineering.

After graduating and applying for jobs – one at GCHQ interestingly enough – I needed a temporary job, and a data entry position at a company called Business & Market Research came up.

This was headed up by the industry stalwart Mr Paul Hague - so I spent a few weeks entering data for paper questionnaires before the DP boss found out what I’d done at Uni and offered me a job as a Spec Writer – and as you'll probably know, once you’re in this industry, it’s very hard to leave!

If you were stuck on a desert island and you could bring three people to join you, dead or alive, real or fictitious, who would you pick?

Mrs Cooper - we’re been married for 18 years now, so I kind of feel like I'm stuck on a desert island when she’s not around anyway.

Dr Brian Cox - he's endlessly fascinating and there would be no distractions so I’d have to learn the fundamentals of theoretical physics eventually. Plus he could keep telling us that “Things Can Only Get Better” when we were feeling a bit down.

Terry Pratchett - a sublimely gifted and talented author who has such a keen societal observation that his character interactions and story arcs were sublime to fall into. His ability to build worlds, although completely rooted in fantasy, are imaginable to everyone.

We’ve recently moved to a place just outside Bakewell in the Peak District – proper rural living, so we have a few acres of land that we’re just getting ready to start populating with rescued chickens, ducks, geese, goats, pigs, and apparently, Alpacas too!

So – being out in the fresh air, with the dogs and getting stuck into the land is just perfect.

I can’t really pick a specific favourite - there are too many and it depends on my mood.

But I’ll always reach for the early Taika Waititi films – especially “What We Do In The Shadows” and “Hunt for the Wilderpeople” – it was after Wilderpeople that Hollywood came calling and his very own slant on the Marvel film franchise in “Thor : Ragnarok” was born.

I’m rather a fan of SF – especially a bit of Space Opera… of which Gareth Powel – Embers of War Trilogy is a great example, or Yoon Ha Lee – the Machineries of Empire series.

Adrian Tchaikovsky – Children of Time / Children of Ruin are superb and almost anything by Christopher Moore. There’s a book he wrote called Lamb which has had me laughing out loud more than any other book.

The recent Wormwood Trilogy by Tade Thompson is also amazing, I could go on and on, but if you do want more book recommendations, let me know!

We’re on a mission to give you the smartest all-around operations support for your market research. It’s what we do best.

No nonsense. No jargon. Just brilliant surveys for brighter insights.

If you’re curious about what we do and would like to get in touch, we’d love to hear from you.