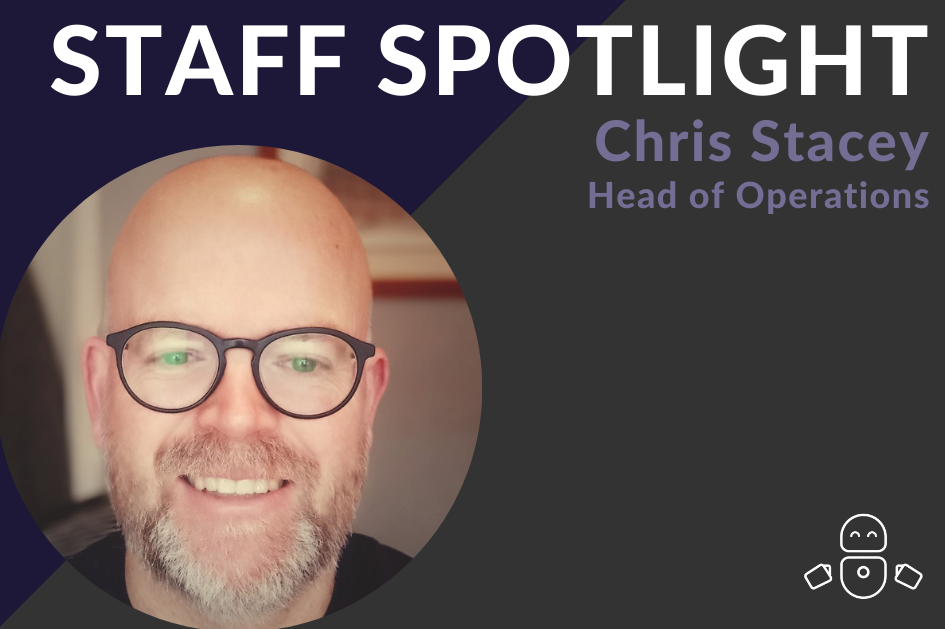 This month in the spotlight we have Chris Stacey, who leads our Operations Team as Head of Operations.

What brought you into the world of market research?

I fell into it after leaving Lancaster Uni in 1994. I started as a graduate at BMRB in Ealing and I've not managed to escape the world since!

I was actually lucky to get my first job - originally I was rejected, but then they sent me a letter to my old address asking me to come for an interview.

I actually only got this letter as I decided to break into my old flat’s mailbox. At the time I the suspicion that my old landlord wasn’t forwarding me my post ... and I was right, he wasn't!

If you were stuck on a desert island and you could bring three people to join you, dead or alive, real or fictitious, who would you pick?

I think my first choice would be Eric Cantona so I could play football with him and discuss philosophy,

My second choice would be Victoria Coren Mitchell who could be the island Quiz Master.

And lastly, I'd choose Darnerys Targaryen so we could fly away whenever we wanted on her dragons.

My ideal weekend would be very similar to my usual weekend, just in better surroundings.

It would start on Saturday morning with a 5k park run, followed by me taking my dog Layla for a walk.

In the afternoon I'd have a game of golf, then I'd spend Saturday night in with the missus watching the latest box set we’ve been binge-watching.

Sunday would then be spent coaching my son’s football in the morning, then I'd play another game of golf in the afternoon and spend the evening watching sport on the TV.

I do like Star Wars - when I was younger I had a spell when I used to sleep walk, so one night I had a dream I was flying an x-wing fighter, but ended up being woken by my Mum who wanted to know why I was sat outside in the garden in a chair! But I guess it could have been worse...

I only read on holiday but I enjoyed The Sett by Ranulph Fiennes. I have to say, I've never really got into podcasts.

We’re on a mission to give you the smartest all-around operations support for your market research. It’s what we do best.

No nonsense. No jargon. Just brilliant surveys for brighter insights.

If you’re curious about what we do and would like to get in touch, we’d love to hear from you.