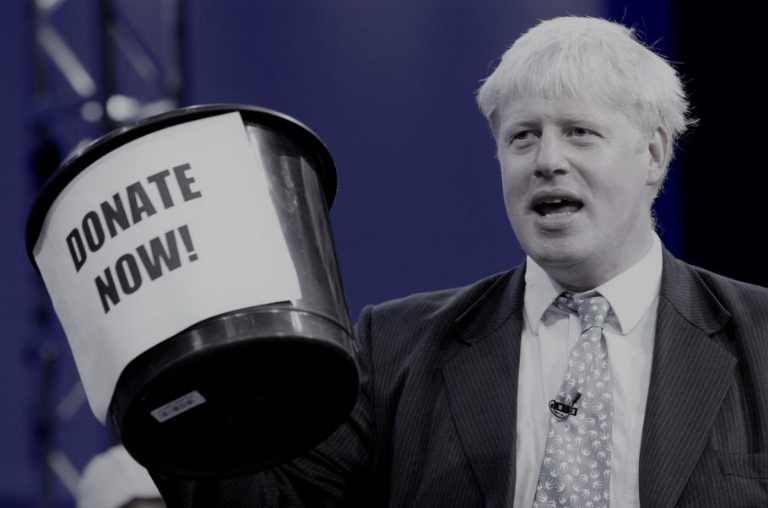 Exclusive polling that we have undertaken in collaboration with Byline Times reveals that the public are generally disapproving of political donors receiving rewards and access after parting with their cash – with Conservative voters more concerned than Labour.

The majority of voters believe that people who donate to political parties should not receive rewards, exclusive polling for Byline Times can reveal.

Just more than half of the voters believe that people who donate to political parties should not expect their interests to be promoted by MPs.

The poll of a random sample of 993 adults into attitudes on political donations was commissioned by Byline Times and carried out by independent polling company Omnisis. The findings follow an exclusive investigation into the profiles of elite Conservative Party donors by the Byline Intelligence Team and The Citizens.

The investigation identified 286 individuals who had given a single donation to the Conservative Party worth more than £100,000 in the past 10 years. Of the 286, the average elite donor was a white, middle-aged, male banker living in London who had donated more than £530,000.

No Rewards for Donations

The Byline Intelligence Team and The Citizens’ investigation also found that 26% of elite Conservative Party donors have been awarded a peerage or honour such as an MBE. It revealed that the more people gave, the more likely they were to be honoured.

Eleven out of 20 individuals who have donated £1.5 million to the Conservative Party in the past decade received some sort of honour. Ten of those had received an award since the Conservatives formed a Coalition Government in 2010.

There is no evidence to suggest that the honours or peerages were given in exchange for donations, but it raises significant questions as to the impartiality of the honours system.

Access appeared to be more likely to be accepted by Labour voters at the last general election – 41% said that donors should expect political access, while 59% said that they should not. This may reflect how Labour Party funding is often linked to trade unions, which represent mass public movements rather than individual interests.

The poll’s findings should provoke concern within the Conservative Party, which has increasingly been embroiled in rows over lobbying and political access. These include former Prime Minister David Cameron using his parliamentary connections to lobby for the collapsed Greensill Capital firm, and accusations that the Housing, Communities and Local Government Secretary Robert Jenrick helped party donor Richard Desmond avoid a £45 million tax bill after the pair were seated together at a dinner.

The Conservative Party has also faced criticism for its “advisory board” – an organisation designed to connect generous donors with high-ranking politicians. Wealthy supporters could also join the Leader’s Group, an elite dining society where donors can mingle with political figures including the Prime Minister.

The poll’s findings suggest a real danger for the Conservative Party at the next general election. With the cracks starting to show in its ‘Blue Wall’ constituencies in a by-election loss earlier this year, the gap between shire Conservative voters and the Government’s big money backers appears to be growing wider.

The majority of respondents across all age and voting demographics believed that there should be a cap on political donations, including 79% of those surveyed who voted Conservative in 2019, and 84% of 2019 Labour voters.

The online poll was conducted for Byline Times by Ominisis between 4 and 8 September 2021.